Wow, it has been a busy summer and autumn, too busy teaching, weaving and spinning to update my blog - bad blogger. 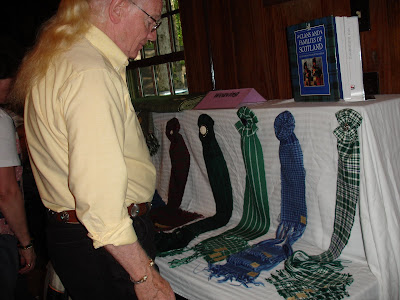 Working backward from the most recent: Teaching at John C Campbell Folk School during Scottish Heritage Week was magical! https://www.folkschool.org/ I had a great group of students who came from Maine and California, Michigan and Virginia, Ohio and Georgia. They worked very hard, learning how to design tartan, warp with a Trapeze and sley and resley for a samples series to discover all the types of cloth that can come from one yarn. Their display of finished sample sets and rosettes of handwoven tartan impressed their teacher as well as Mr. Kennedy (above). 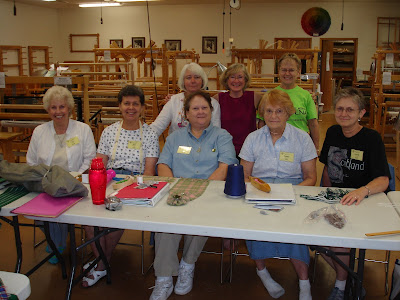 Tartan class in front of a few of the looms at John C. Campbell Folk School. 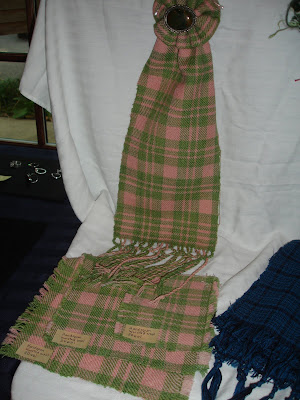 One student, Lois Foerster, had spun and vegetable-dyed her own yarns and designed a tartan for her spinning guild. Her sample and rosette at left. Lois has already passed on some of her learning to her young granddaughter, Trinity. Isn’t she cute - and knows how to hold a shuttle properly! 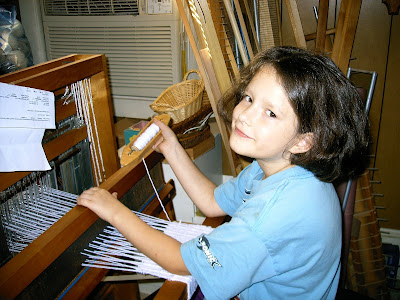 The weaving studio at JCCFS is a marvel of equipment and materials on a campus in the wooded foothills of the Smokey Mountains. It is out of a fairytale, as were the other studios, guest instructors, students and special guest, Norman Kennedy, who is looking and sounding far, far younger than his 77 years should allow. He mingled, he told stories and sang before breakfast, sang in the weaving studio, sang for a waulking, then gave a full concert with stories.

Complex Weavers in Albuquerque was an exciting adventure of connecting with old friends and making new ones in the heat and beauty of the Southwest US. Modeling my linen jacket/blouse while Bob Keates modeled John's black shirt (from the same warp) was much informal fun among other weavers wearing their creations. 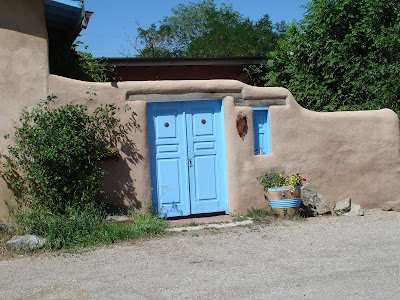 Away from the conference centers I was enchanted with the adobe walls around old churches, the spicy food, the talent of the local potters and weavers. At Convergence I enjoyed meeting visitors to Weavolution's booth, signing books and exhibiting a bit of my weaving. 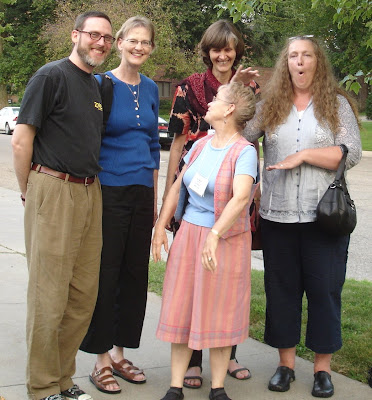 In between, I delivered Kay Faulkner to Michigan League of Handweaver's (MLH) Workshops. While there I took a course in Tied Weaves from Su Butler and got to hang out with a fine collection of great teachers.

I was encouraged to submit something to the up-coming MLH Juried Show. http://www.mlhguild.org/ There, my linen jacket/blouse Rod og Sort took First Place Functional Fiber plus the HGA Award of Excellence. Another piece, Coverlet-turned-scarf, also shown at CW in Albuquerque in Jette Vandermeiden's Skillbragd/Smaalandsvav Seminar (where it was deemed nothing but a supplementary warp weave) was awarded Honorable Mention. A third piece, a linen runner/shawl with button fringe, Hanging out at the Long Branch got into the show... (Well, I like it.) Very pretty ribbons, a bit of cash and the honor are all gratefully accepted. I seldom enter juried shows anymore, but this was certainly rewarding. 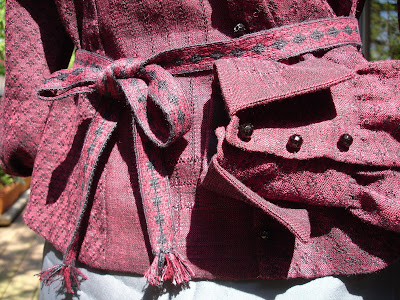 Rod og Sort detail showing some of the old Danish pattern in the body, the decorative twisting, the tablet woven sashand the antique jet buttons. There is / through the o in Rod, but the system will not let me show it properly.

Now,with some pictures in here, it is a good start at coming up to speed with my blog and I can get back to weaving the 40/1 linen waffle-weave and see how my handspun Pygora/silk makes into a scarf for my daughter who gifted me with the Pygora fiber.
Treadle with Joy, Kati 10-18-10 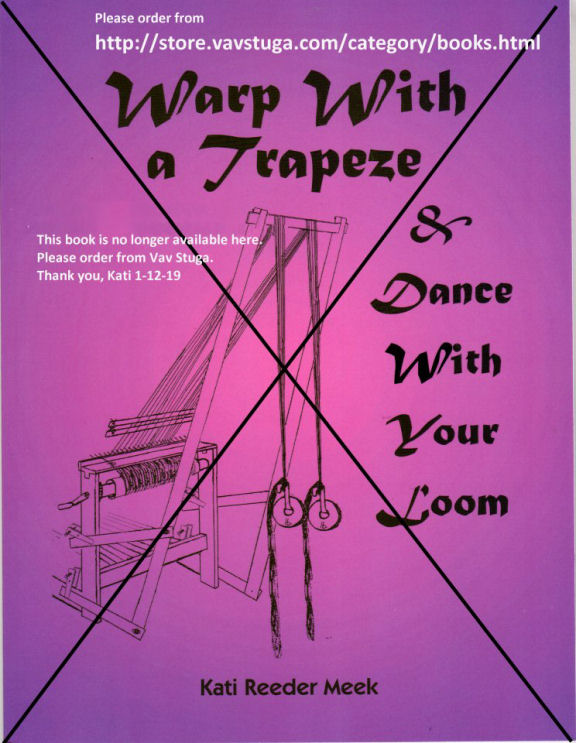